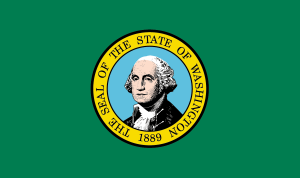 Social media records in the state is governed by the Washington Public Records Act. In a 2010, legal precedent was also set by O’Neill v. City of Shoreline, when it was concluded that the metadata associated with digital content falls under the the Public Records Act.

How Washington Defines a Public Record
According to the Washington Public Records Act, government departments and agencies are required to retain public records of both physical and digital information/documents. This includes website and social media content, as well as all associated metadata.

(3) “Public record” includes any writing containing information relating to the conduct of government or the performance of any governmental or proprietary function prepared, owned, used, or retained by any state or local agency regardless of physical form or characteristics. For the office of the secretary of the senate and the office of the chief clerk of the house of representatives, public records means legislative records as defined in RCW 40.14.100 and also means the following: All budget and financial records; personnel leave, travel, and payroll records; records of legislative sessions; reports submitted to the legislature; and any other record designated a public record by any official action of the senate or the house of representatives.

Social Media Guidance Documents
The Office of the Governor has published a document with guidelines and best practices for social media use in Washington State. With regards to records retention, the guide states that: