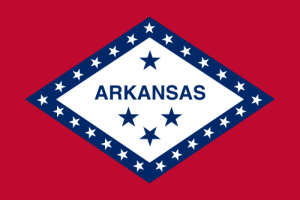 The Arkansas Freedom of Information Act (FOIA) requires public agencies to preserve and maintain public records. Violation of the Arkansas Open Meetings Law is considered a class c misdemeanor. Government entities generally have up to three business days to provide a record requested under the FOIA.

How Arkansas Defines A Public Record
“Public records” means writings, recorded sounds, films, tapes, or data compilations in any form, required by law to be kept or otherwise kept, and which constitute a record of the performance or lack of performance of official functions which are or should be carried out by a public official or employee, a governmental agency, or any other agency wholly or partially supported by public funds or expanding public funds. All records maintained in public offices or by public employees within the scope of their employment shall be presumed to be public records.

Since social media counts as a form of data compilations, social media records are considered public records in Arkansas.

Social Media Guidance Documents
The Arkansas Freedom of Information Handbook was released by State Attorney General serves as guidance to complying with Open Records laws in Arkansas. It expands further on the definition of a public record to say:
“The FOIA covers both records created by an agency and those received from third parties The physical form of the record is unimportant, as the FOIA applies to writings, recorded sounds, films, tapes, electronic or computer-based information, or data compilations in any medium.”

What is my agency required to do in line with Arkansas regulations?
Given the open and transparent nature of governance in the State of Arkansas, there is an onus on each state agency, board, and commission to fulfill a number of duties in line with the FOIA, including preparing and making available a list and general description of its records, including computer databases.

Your agency website must be retained in electronic format and remain usable, searchable, retrievable and authentic for the length of the designated retention period as established by the agency and/ or form of record in question and content placed on state agency social media should be moderated by an authorized, trained staff member.

All materials made available by a state agency, board, or commission pursuant to subsection (a) section 25-19-108(5) and created after July 1, 2003, shall be made publicly accessible, without charge, in electronic form via the Internet.