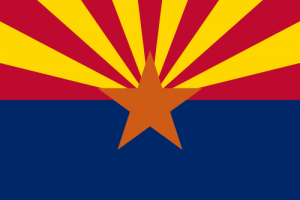 Arizona Public Records Law, A.R.S. §§ 39-101 to -161, governs social media and open records in the state of Arizona, creating guidelines on procedures for the handling, preservation and disposition of public records.

How Arizona Defines a Public Record
“Records means all books, papers, maps, photographs or other documentary materials, regardless of physical form or characteristics, including prints or copies of such items produced or reproduced on film or electronic media pursuant to section 41-151.16, made or received by any governmental agency in pursuance of law or in connection with the transaction of public business and preserved or appropriate for preservation by the agency or its legitimate successor as evidence of the organization, functions, policies, decisions, procedures, operations or other activities of the government, or because of the informational and historical value of data contained in the record, and includes records that are made confidential by statute.”

Arizona’s Open Records laws also addresses the need to collect embedded metadata for electronic records, as mentioned in the handbook:

The Lake vs. City of Phoenix case in Arizona in 2009 sheds additional light on the expectation to capture metadata when the Supreme Court of Arizona noted, “[w]hen a public officer uses a computer to make a public record, the metadata forms part of the document as much as the words on the page.”

This explains the expectation for a strong records retention system, and the fact that simple screenshots of conversations do not suffice in court.