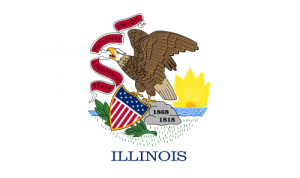 Open records laws in Illinois is governed by the state’s own Freedom of Information Act. The act states that:

“Pursuant to the fundamental philosophy of the American constitutional form of government, it is declared to be the public policy of the State of Illinois that all persons are entitled to full and complete information regarding the affairs of government and the official acts and policies of those who represent them as public officials and public employees consistent with the terms of this Act. Such access is necessary to enable the people to fulfill their duties of discussing public issues fully and freely, making informed political judgments and monitoring government to ensure that it is being conducted in the public interest.”

How Illinois Defines a Public Record
The Illinois Freedom of Information Act defines public records broadly to include electronic data such as website and social media content as well:

“Public records” means all records, reports, forms, writings, letters, memoranda, books, papers, maps, photographs, microfilms, cards, tapes, recordings, electronic data processing records, electronic communications, recorded information and all other documentary materials pertaining to the transaction of public business, regardless of physical form or characteristics, having been prepared by or for, or having been or being used by, received by, in the possession of, or under the control of any public body.

A document from the Secretary of State titled Government Records Law and Social Media, Guidance for Illinois Government Agencies states that public record laws apply to social media content if:

“Posts are made on an official public agency account or on a private account that is being used to distribute information for that agency to the public. Not included are private accounts of public employees that are not used as part of their job. If a private account is used to conduct government business, then it becomes public and is subject to FOIA and the Local Records Act.”

Social Media Guidance Documents
The Government Records Law and Social Media, Guidance for Illinois Government Agencies mentioned in the section above is a valuable resource for those looking to gain a better understanding of how Illinois open record regulations relate to social media content. The guide discusses: